Director, Center for Art and Media (ZKM) in Karlsruhe

Prof. Peter Weibel has been Director of the Center for Art and Media (ZKM) in Karlsruhe since 1999.

He studied literature, medicine, logic, philosophy and film in Vienna and Paris. In his function as artist, curator, teacher and long-standing director of various institutions, Peter Weibel became a central figure in European media art.

He has been appointed as full member both of the Bavarian Academy of Fine Arts Munich (since 2009) and the European Academy of Science and Arts in Salzburg (since 2013) as well as Honorary Member of the Russian Academy of Arts in Moscow (since 2015).

Peter Weibel was artistic director of the Seville Biennial (BIACS3) in 2008 and of the 4th Moscow Biennial of Contemporary Art in 2011.

Over the years Peter Weibel was decorated with several awards such as the Käthe Kollwitz Prize (2004), the French distinction “Officier dans l’Ordre des Arts et des Lettres” (2008), the Oskar-Kokoschka-Preis [Oskar-Kokoschka-Prize] (2014), the Österreichische Kunstpreis - Medienkunst [Austrian Art Prize - Media Art] in 2017 and in 2020 the Lovis-Corinth-Prize. 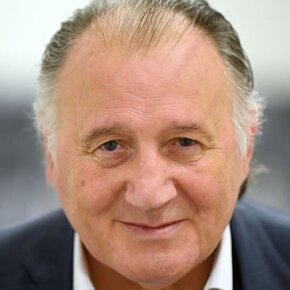