Achilles Tsaltas (ex-Vice President of International Conferences at The New York Times) was charged to set up an independent entity, The Democracy & Culture Foundation, with a mission to not only make these conferences more consequential but, significantly, develop alliances with other organizations to turn solutions into action.  The events remain strongly linked with The New York Times through a licensing deal, and with senior NYT journalists helping to craft and develop the agenda and moderating the events.

With an impressive background in publishing and circulation spanning over 30 years, Achilles has worked in pivotal roles for companies such as News Corporation, International Herald Tribune and, since 2014, The New York Times as Vice President of International Conferences.  It is here that he launched two events: the Athens Democracy Forum and Art for Tomorrow – and developed a passion for democracy and culture. 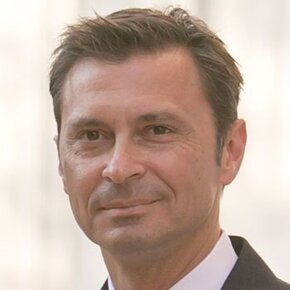