Anthony Kefalas is a British (LSE) and USA (WSU) educated doctoral economist. He has served as senior researcher at KEPE, as adviser to the ministers of economics and industry and to the president of OAE, as director of SELPE and ESIP, as editor of the bi-monthly “Agora”, as contributor to major Greek newspapers and periodicals (especially for “Oikonomikos Tachydromos”, Express, Proto Thema etc.)-- in Greece as well as abroad  (Newsweek, IHT)-- as an economic adviser to the NBG and the Federation of Greek Industries (SEB) and as adviser to numerous well-known Greek and non-Greek companies—including Delta/Vivartia, Citibank, McDonald’s, Hoechtief, Orelikon etc.  He has taught economics at Queen’s College (in London), at WSU and the Un. of Oakland (in the USA) and at the Un. of Maryland (European Campus) and Pierce-Deree (in Greece).

He has published more than 1500 articles on the Greek economy and is the author of four books. His latest book “Aspects of Industrialization: Greece 1945-2010” was published in July by the Sideris Editions and reflects his strong interest in economic policy as well as in the history of Greek enterprises (past and present) and has been given as a textbook at the Economic University of Athens. 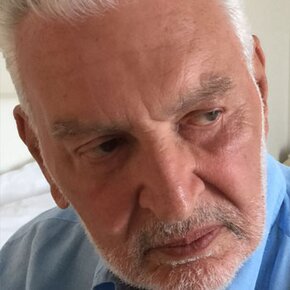