Ian Sielecki is the Founder of Polemix, a new social network bringing together the world’s brightest youth and global leaders from both sides of any polarizing issue, under the motto “Hate is for losers“.

He was speechwriter to President Macri of Argentina and Chief of Speech and Strategy to the country’s Foreign Minister, Jorge Faurie. Previously, he worked for the NYT Athens Democracy Forum as organizer of the International Youth Debate. He is also the founder and former president of the Transatlantic Debates Association, which held exceptional debates over the years with the world’s top young speakers, and ministers, ambassadors and thinkers.

He worked at the US Senate for the late Senator Frank Lautenberg (D-NJ) and at the Assemblée Nationale in France, where he wrote speeches for the assembly’s President.
‍Ian studied Political Science and History at Sciences Po and the University of Cambridge (Jesus College). He then completed a Masters of Public Affairs at Sciences Po, where he was president of the Student Council of his campus. He was debating vice-champion of France in 2014. 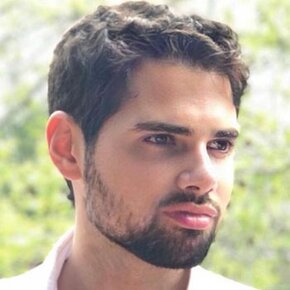