Mr. Dunbar-Johnson was appointed president, international of The New York Times Company in October 2013 to lead its global expansion. Previously, he was publisher of The International Herald Tribune (IHT), a position he assumed in January 2008. Prior to that, he was executive vice president of the IHT with responsibility for worldwide commercial operations and strategic development. He oversaw the IHT’s expansion in Asia, the growth of its advertising revenue streams, the development of its conference business, new product development and the restructure of the newspaper’s cost base.

Before that, he held the position of senior vice president and commercial director, with primary responsibility for newspaper revenue streams. He also played a key role in the integration of advertising and other aspects of the IHT’s commercial operations when The New York Times took full ownership of the IHT in 2003.

Before joining the IHT, Mr. Dunbar-Johnson was U.K. advertising director of The Financial Times for 12 years, holding various positions in the paper’s advertising department, including manager in France and vice president of advertising in the Americas, based in New York.

Mr. Dunbar-Johnson was educated at Worth School and Kent University in England. He has completed an executive management program at the Wharton School of the University of Pennsylvania, and the Sulzberger program at the Columbia School of Journalism 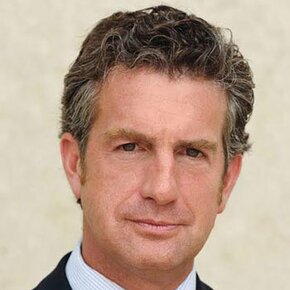