Brunello Cucinelli was born into a peasant family in Castel Rigone, a 15th century little hamlet nearby Perugia, in 1953.

After obtaining a diploma as building surveyor, he enrolled in the faculty of Engineering but then dropped out. In 1978 he set up a small company and captivated the market with his idea of dying cashmere. Since when he was a boy, he witnessed his father working in an unwelcoming environment and became a close observer of the world, thus developing his dream to promote a concept of work that ensured “being moral and economic dignity’

This is a key element to understand his personality and the success of his business, which Brunello considers not only as a wealth-generating entity, but also as a framework to develop and nurture his dream of a capitalism that enhances the human being. His knowledge of the great figures of the past has always fed his dreams and ideals, but he is always looking ahead towards the distant future, and each action and accomplishment of his is designed to last over the centuries.

In 1982, after marrying Federica Benda and having two daughters, Camilla and Carolina, Brunello moved to Solomeo. This place became the venue to make his dreams come true but also a great workshop in which he could build his success as an entrepreneur and humanist. The increasingly international market warmly welcomed his made in Italy quality products, and enabled him to implement his ideals. In 1985 he purchased the fourteenth century tumbledown castle in the hamlet and made it into his corporate headquarters; in 2000, with a view to meet the market’s growing demand with adequate production facilities, he acquired and refurbished an existing facility at the foot of the hamlet of Solomeo instead of building new ones.

The new buildings in Solomeo Forum of the Art, including the Neohumanistic Aurelian Library, the Gymnasium, the Amphitheatre and the Theatre, became the ideal venue for culture and art. The desire to list the company in the Milan Stock Exchange was born around this time and became reality in 2012. This move, too, was not driven by financial reasons alone, as Brunello saw a wider participation in his business activity as an opportunity to spread his ideals of a new capitalism, a truly “Humanistic Capitalism”.

The experience of the Forum of the Arts, built exclusively by Umbrian master craftsmen, spawned the idea of the “Solomeo School of Arts and Crafts ”, which was established in 2013 and was inspired by William Morris and John Ruskin. Brunello’s vision entails that the memory of an important humanistic factor such as craftsmanship is preserved and passed on to future generations; therefore the school is the workshop where this aspiration becomes reality.

In 2014, the Project for Beauty was presented, an initiative supported by the Brunello and Federica Cucinelli Foundation; the project entails the creation of three huge parks in the valley at the foot of the Solomeo hill (the Agricultural Park, the Secular Youth Club Park and the Industry Park) recovering part of the property occupied by old abandoned factories and using it to grow trees, orchards and lawns. This initiative symbolizes the crucial value of earth, “from which all things are”, as Xenophanes put it. With this project Brunello highlights the duty to restore the dignity of the land and, feeling like a sort of small custodian of the creation, he shows that “Beauty will save the world” whenever the world will in turn save Beauty.

Brunello Cucinelli has received wide national and international recognition for his “Humanistic Capitalism”. Considered as “a concrete thinker, a cultural promoter and a true modern-day patron of the arts”, Brunello Cucinelli was awarded an honorary PhD in Philosophy by the University of Messina in 2018. The most prestigious honors that have been bestowed on him over the past years for his humane working environment include his appointment as “Cavaliere di Gran Croce al Merito della Repubblica Italiana” (Knight Grand Cross of the Order of Merit of the Italian Republic) and “Cavaliere del Lavoro”(Knight of Industry) assigned by the President of the Italian Republic, his honorary degree in Philosophy and Ethics of Human Relations, awarded to him by the University of Perugia as a tribute to his merits, and the Global Economy Prize, received from the prestigious Kiel Institute for the World Economy, with a noble mention stating that he “perfectly embodies the figure of the Honorable Merchant”. 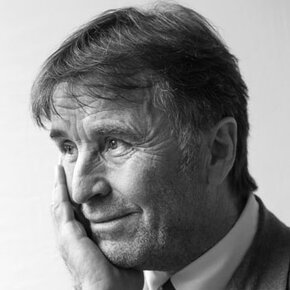