George A. Papandreou served as Greece’s prime minister from 2009 until 2011 during the outbreak of the Greek financial crisis, managing to avoid the country’s bankruptcy, while applying a series of structural reforms for modernizing the country.

As a member of the Greek Parliament from 1981 to 2015, Mr. Papandreou served in several government posts, notably as undersecretary of culture and minister of education before becoming foreign minister between 1999 and 2004. During his tenure and in collaboration with his Turkish counterpart, the late İsmail Cem, he achieved a breakthrough in Greek-Turkish relations, initiating a gradual rapprochement following the Imia crisis that almost brought the two countries to war in 1996. He also played a key role in the negotiations that led to Turkey's candidacy for membership of the European Union in 1999, and the accession of Cyprus in 2004.

Currently Mr. Papandreou is president of the Socialist International, the largest global political alliance consisting of 147 social democratic, socialist and labor parties around the world. In 2015, he founded the Movement of Democratic Socialists, which joined the Democratic Alignment coalition of Greek center-left parties in 2017. 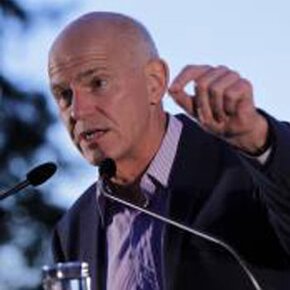