Jon is author of CITIZENS: Why the Key to Fixing Everything is All of Us - a book that seeks to reframe the moment in time we're living in as one of huge civic opportunity, not just crisis and collapse, and in doing so opens up a world of possibility for organisations and leaders across sectors and across the world.

Jon is co-founder of the New Citizenship Project, a strategy and innovation consultancy that aims to shift the dominant story of the individual in society from Consumer to Citizen. NCP’s client list includes The Guardian, the European Central Bank, and the European Journalism Centre. They have partnered with the BBC, Amnesty International, National Trust, the British Film Institute, Tate galleries, the National Union of Students, YouGov, the Centre for Public Impact, the Food Standards Agency and the Food Ethics Council. NCP is a certified B-corporation.

Having begun his career with a decade in the advertising industry at agencies including BBDO and Fallon, Jon is a proud former winner of Brand Republic’s Big Idea of the Year Award, for creating the concept of MyFarm in 2011: handing over decision making on a real working farm to the public by online vote and debate as a way of engaging people with sustainable food production.

Jon is increasingly active and visible politically, as a Fellow of the Young Foundation and the Royal Society of Arts, and a member of the OECD's Innovative Citizen Participation Network. His May 10, 2020 essay on Medium—analyzing the British government’s response to COVID-19 through the lens of Citizen-vs-Consumer—went viral, and thus far has been read by nearly 650,000 people.

Jon holds three Masters degrees in disciplines spanning humanities and business; has won several essay awards including the inaugural Ashridge/European Academy of Business in Society Sustainable Innovation Award, and the Young Foundation's Beyond Meritocracy Prize; and was a major contributor to the 2018 bestseller New Power (shortlisted for Financial Times Book of the Year 2018, by Jeremy Heimans and Henry Timms).

Along the way, Jon has also represented Great Britain in both rowing and triathlon. 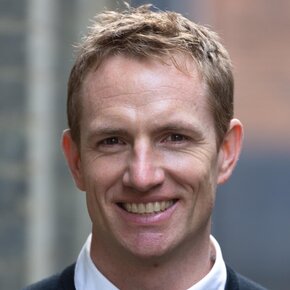