A veteran diplomat, professor of philosophy and author, Kishore Mahbubani is currently a distinguished fellow at the Asia Research Institute, National University of Singapore. His careers in diplomacy and academia have taken him from Singapore’s chargé d'affaires to wartime Cambodia in the mid-‘70s and being appointed president of the United Nations Security Council from January 2001 until May 2002, to serving as the founding dean of the Lee Kuan Yew School of Public Policy from 2004 to 2017.

Mr. Mahbubani writes and speaks widely on the rise of Asia, geopolitics and global governance. He is also a prolific author, having published eight books: “Can Asians Think? Understanding the Divide Between East and West”; “Beyond the Age of Innocence: Rebuilding Trust Between America and the West”; “The New Asian Hemisphere: The Irresistible Shift of Global Power to the East”; “The Great Convergence: Asia, the West, and the Logic of One World”; “Can Singapore Survive?”; “The ASEAN Miracle: A Catalyst for Peace” (co-authored with Jeffery Sng); “Has the West Lost It?: A Provocation”; and “Has China Won? The Chinese Challenge to American Primacy,” which was released in March 2020.

Mr. Mahbubani’s articles in The New York Times, The Washington Post, the Financial Times and Foreign Affairs have earned him global recognition as “the muse of the Asian century.” Throughout his career, he has consistently challenged conventional wisdom on the big questions of our time.

Mr. Mahbubani has been listed among the world’s top 100 public intellectuals by Foreign Policy and Prospect magazine and named among the Top 50 individuals who will shape the debate on the future of capitalism by the Financial Times. He was elected to the American Academy of Arts and Sciences in October 2019. 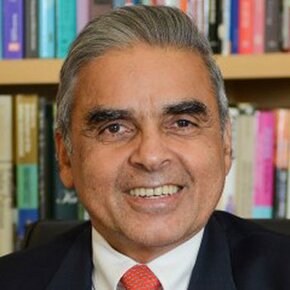