Mária Schmidt is a Hungarian historian, currently serving as the government commissioner in charge of the memorial year to commemorate the 30th anniversary of Hungary’s transition to democracy in 1989.

Ms. Schmidt graduated from the Eötvös Loránd University in Budapest in 1985 with a bachelor’s degree in history and German. From 1996 she worked as a senior lecturer at Pázmány Péter Catholic University, eventually becoming an associate professor in 2000 after earning her Ph.D. in history in 1999. She subsequently completed a postdoctoral degree in 2005 and has been a university professor since 2010. She has taught at various prestigious universities around the world as a scholar or visiting professor.

Ms. Schmidt was chief advisor to Viktor Orbán during his first term as Hungarian prime minister from 1998 to 2002. She then served as a trustee of the Stiftung Ettersberg, the international foundation dedicated to the comparative study of European dictatorships and their transition to democracy, from its founding in 2002 until 2013. She is a former member of the Scientific Council of the Bucharest-based Institute for the Investigation of Communist Crimes and the Memory of the Romanian Exile, and previously served on the Academic Committee of the House of European History project under the auspices of the European Parliament. In 2013, she was a member of the World War One Centenary Memorial Committee, as well as chief curator of an exhibition devoted to the war and its aftermath. She also served as the government commissioner of the memorial year to commemorate the 1956 Hungarian uprising in 2016. 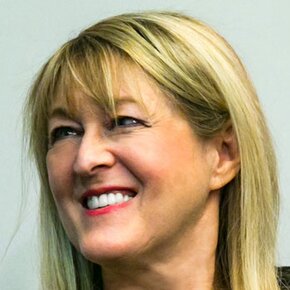