Mark Thompson became president and chief executive officer of The New York Times Company in November 2012. He has directed the company’s strategy and presided over an expansion of its digital and global operations. Under his leadership, digital subscriptions have grown from 500,000 to nearly four million, and the company set a goal to reach 10 million subscriptions by 2025. The Times has successfully expanded into other digital products like cooking and crosswords, has launched one of the world’s most successful podcasts and recently premiered “The Weekly,” a new TV news program for FX and Hulu.

Before joining the Times Company, Mr. Thompson served as director general of the BBC from 2004, where he reshaped the organization to meet the challenge of the digital age, ensuring that it remained a leading innovator with the launch of services such as the BBC iPlayer. He also oversaw a transformation of the BBC itself, driving productivity and efficiency through the introduction of new technologies and bold organizational redesign.

Mr. Thompson joined the BBC in 1979 as a production trainee. He helped launch “Watchdog” and “Breakfast Time,” was an output editor on “Newsnight,” and was appointed editor of the “BBC Nine O’Clock News” in 1988 and “Panorama” in 1990. He became controller (programming and scheduling chief) for the BBC2 TV Network and director of television for the BBC before leaving in 2002 to become C.E.O. of Channel 4 Television in the United Kingdom.

His book, “Enough Said: What’s Gone Wrong with the Language of Politics?” based on lectures he gave as a visiting professor at Oxford University, was published in the U.K. and U.S. in September 2016. 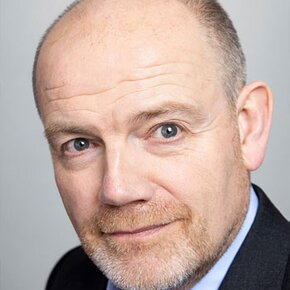