Nicolas Berggruen is the Chairman of the Berggruen Institute, which addresses fundamental political and cultural questions in our rapidly changing world. Focusing on Great Transformations in the human condition, brought for example by climate change, restructuring of global economics and politics, and advances in science and technology, the Institute seeks to connect deep thought in the human sciences—philosophy and culture—to the pursuit of practical improvements in governance.

To this end, Nicolas formed the 21st Century Council, the Council for the Future of Europe and the Think Long Committee for California; all dedicated to the design and implementation of good governance—drawing from practices in both East and West.

Committed to leaving a legacy of art and architecture, he sits on the boards of the Museum Berggruen, Berlin, and the Los Angeles County Museum of Art. He is a member of the International Councils for the Tate Museum, London, the Museum of Modern Art, New York, and the President’s International Council for The J. Paul Getty Trust, Los Angeles. He has collaborated on projects with such renowned architects as Richard Meier, Shigeru Ban and David Adjaye; and is presently planning the Institute’s new headquarters in the Santa Monica mountains with Swiss architecture firm Herzog & de Meuron and Los Angeles’ Gensler.

Mr. Berggruen is co-author with Nathan Gardels of Renovating Democracy: Governing in the Age of Globalization and Digital Capitalism (University of California Press) and Intelligent Governance for the 21st Century, a Financial Times Book of the Year, and co-publisher of Noema Magazine.Berggruen was previously a member of the 21st Century Council, Council for the Future of Europe, Globalization and Geopolitics, and Think Long California. 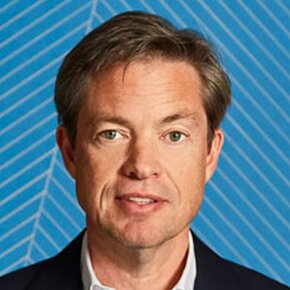